Old growth forests in B.C. remain on the chopping block

səl̓ílwətaʔɬ (Tsleil-Waututh), xʷməθkwəy̓əm (Musqueam), and Skwxwú7mesh (Squamish) Territories (Vancouver, BC) — Three months after the Horgan government was elected on a promise to implement recommendations for protecting old growth forests, these disappearing giants continue to be logged and might soon be gone forever.

This week marks the 90-day anniversary since Premier John Horgan was re-elected with a majority government. Among his campaign promises was a clear commitment to implement all 14 recommendations by an independent, expert panel on old growth forests — including to immediately defer logging in areas of high ecological risk while fully involving and consulting with Indigenous Nations over the development and implementation of any associated policy or strategy. The government’s commitment to involve Indigenous peoples in decision-making processes around old growth is imperative; despite logging permits being issued in old growth areas that fall within Indigenous territories, Indigenous peoples have historically been largely excluded from high-level plans and orders that guide old forest management.

Despite these promises, the majority of at-risk old growth forests in BC remain open to logging, including vulnerable, biodiverse areas, like the Fairy Creek Watershed.

“What governments and corporations need to do is to take a step back and view old growth forests not as commercialized products to be harvested and sold, but as the bedrock foundations of a healthy, biodiverse environment that First Nations have been stewards over since time immemorial. Old growth forests help sustain our livelihoods and possess incalculable cultural and spiritual value that is far from pecuniary,” stated Grand Chief Stewart Phillip, President of the Union of BC Indian Chiefs.

In their April 2020 report, the independent old growth panel highlighted the risk of “irreversible biodiversity loss” in forest ecosystems, recommending that the province take action to defer logging in at-risk old growth forests within six months.

Research from BC scientists revealed that there are only about 400,000 hectares of old growth forests in British Columbia that support stands of large trees. These stands are scattered in almost every region and amount to less than one percent of the total forested area of the province. The majority of these old growth forests are unprotected and slated to be logged.

“The BC government has either made a mistake or was being disingenuous when they said they were protecting old growth and then deferred a bunch of areas that weren’t even threatened by logging or made up of big trees,” said Tzeporah Berman, International Program Director for Stand.earth. “There is very little old growth left in this province, and since the election we have seen some of the oldest giants cut down while the province drags their feet. The BC government must prove that they are serious about their promises on old growth by taking these forests off the chopping block now. Let’s let another generation crane their necks up 300 feet and say, ‘wow.’”

The Union of BC Indian Chiefs (UBCIC) passed a resolution in September calling on the province to implement all 14 recommendations of the old growth panel and to ensure that immediate deferrals include all threatened old growth forests. More than 50,000 people have recently urged the BC government to protect old growth forests.

“We urge the provincial government to not only protect these heritage trees with immediate deferrals, but to live up to its commitments under the Declaration on the Rights of Indigenous Peoples Act and fully consult with and include First Nations in the development and implementation of its Old Growth Protection Strategy,” concluded Grand Chief Stewart Phillip.

Stand.earth (formerly ForestEthics) is an international nonprofit environmental organization with offices in Canada and the United States that is known for its groundbreaking research and successful corporate and citizen engagement campaigns to create new policies and industry standards in protecting forests, advocating the rights of Indigenous peoples, and protecting the climate. Visit us at www.stand.earth and follow us on Twitter @standearth. 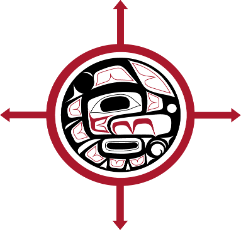